“For such people are false apostles, deceitful workers, masquerading as apostles of Christ. And no wonder, for Satan himself masquerades as an angel of light. It is not surprising, then, if his servants also masquerade as servants of righteousness. Their end will be what their actions deserve” (2 Corinthians 11:13-15). 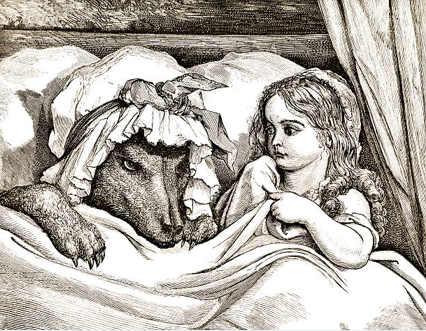 Many spiritual advisors recklessly proclaim all kinds of generalities like “financial breakthroughs are coming” or “closed doors are about to be opened”; they corrupt the Word of God, for their own gain, often at the expense of the desperate. Sorcerers and soothsayers have been doing the same thing for thousands of years, so apparently, they are quite convincing, even working miracles (Mark 13:22-23). Nothing new to see here.

People of God, be on your guard not to confuse prophesy with fortune telling or works of the Spirit with spiritualism. Pray for discernment, and remain in the Word, because the evil one isn’t going to make distinguishing easy. “For such people are false apostles, deceitful workers, masquerading as apostles of Christ. And no wonder, for Satan himself masquerades as an angel of light. It is not surprising, then, if his servants also masquerade as servants of righteousness. Their end will be what their actions deserve” (2 Corinthians 11:13-15). I am less concerned about the secular than I am the deception from within our ranks much like a pervasive cancer, or a little yeast working through a whole batch of dough (Galatians 5).

Christianity isn’t a faith of worldly pleasures and self-indulgence. Our true joy should be spiritual, not physical. After all, our savior spent at least part of his life homeless, and His ministry ended in crucifixion. Being a Christian involves enduring hardship and sacrifice in this life, and receiving the eternal riches of God in the next; it’s more profitable we travel light (Matthew 19:24). All this “name it”, “claim it” foolishness is a smoke and mirrors side-show act designed to appeal to the flesh and fit comfortably in with the world. We cannot serve two masters. Similarly, there are many churches breaking down into pandemonium, week after week, despite the fact that our God is not a God of disorder but of peace, and that everything should be done in a fitting and orderly way (1 Corinthians 14:33). While other congregations demonstrate their faith by handling venomous snakes, despite being commanded not to put God to the test; Paul didn’t go looking for the viper that bit him.

“Let no one be found among you who sacrifices their son or daughter in the fire, who practices divination or sorcery, interprets omens, engages in witchcraft, or casts spells, or who is a medium or spiritist or who consults the dead” (Deuteronomy 18:10-11). Beware of all such practices; they lead to calamity and death. The occult permeates into a society in which a disobedient people seek power and glory, through a counterfeit knowledge, and worship the creation, instead of the creator. From Genesis and Deuteronomy, through to the present day, “What has been will be again, what has been done will be done again; there is nothing new under the sun” (Ecclesiastes 1:9). I’ll concede that there may not be anything wrong with all self-help gurus, and the advice they give, but let’s not confuse them for something they’re not.