“I have told you these things, so that in me you may have peace. In this world you will have trouble. But take heart! I have overcome the world” (John 16:33). 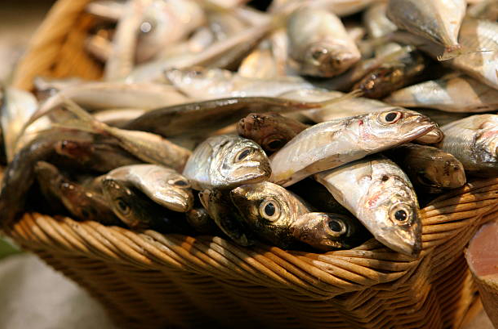 Why is Christianity spreading in places like China, where the faithful are persecuted, but dying here, in the United States, where we are still free to worship as we please? The answer is simple: the American church has turned inward; the Western church as well. We have lost sight of our first love, descending further into the ways of Balaam and Jezebel (James 4:4; 2 Timothy 4:10; Revelation 2:14, 20), which is not a modern phenomena. We have also gotten ourselves entangled in civilian affairs (2 Timothy 2:4). But we are living in a time when I believe God is calling His church to get its house in order; otherwise, the consequences will be grim. The consequences, to which I am referring, aren’t the physical ones our minds typically invoke. Instead, I am referring to spiritual consequences; the physical woes are coming regardless; they have to come to pass. There will be suffering, worldwide, unlike anything we have seen since the early church, and from out of persecution, the wheat will emerge from the chaff, and then that will finally usher in the end.

I take great comfort from what Jesus said, “I have told you these things, so that in me you may have peace. In this world you will have trouble. But take heart! I have overcome the world” (John 16:33). Jesus was honest. He never sugarcoated the truth. Brothers and sisters, let us fast and pray and repent, in preparation of what lies ahead. Let us walk into what is to come rejoicing in the Lord! And no pretribulation rapture for us; the wheat will bear witness to the chaff unto the harvest. “Then he told me, ‘Do not seal up the words of the prophecy of this scroll, because the time is near. Let the one who does wrong continue to do wrong; let the vile person continue to be vile; let the one who does right continue to do right; and let the holy person continue to be holy’” (Revelation 22:10-11). “For in the days before the flood, people were eating and drinking, marrying and giving in marriage, up to the day Noah entered the ark; and they knew nothing about what would happen until the flood came and took them all away. That is how it will be at the coming of the Son of Man” (Matthew 24:38-39). I’ve been shown snippets of a not so distant world; a world in which it felt like night even in the daytime. Powers and principalities operated in plain view. People carried on with the business of life, and even though the ground was crumbling beneath their feet, they chose to ignore what was plain to see. Perhaps, the world I saw isn’t really all that distant after all.

To my brothers and sisters in Christ who fear Muslims, or the changing world, or whatever else you fear. Get up from your pews, stop writhing around on the floor like pagans, stop glorifying yourselves and calling it glorifying God. You think too highly of yourselves and have been lead astray. It’s time to get busy doing the work Christ called you to do, and start living out the faith you proclaim. Stop receiving counsel from demons! All the prayer rallies, popping up around the country, are great, and I’m excited that you believe the Holy Spirit has set hearts ablaze in your church. But if you’re not reaching out to the lost, then the rallies are nothing more than social gatherings, and I have to question what spirit is really at work in your church. And to those of you peddling a counterfeit Jesus to be inclusive, to show tolerance, to make peace with the world, you’re especially deceived. You’re spiritually blind—those who heard the gospel during the Age of Grace but had no love for the truth (2 Thessalonians 2:9-12; 2 Timothy 2:25-26). When Jesus sent out the twelve, He instructed them in many things, including a price of discipleship, “Anyone who loves their father or mother more than me is not worthy of me; anyone who loves their son or daughter more than me is not worthy of me. Whoever does not take up their cross and follow me is not worthy of me. Whoever finds their life will lose it, and whoever loses their life for my sake will find it” (Matthew 10:37-39); these words should be sobering.

A church that commands an army; a church that wields political power, doesn’t much resemble Jesus’ witness, nor does it resemble the early church; the early church that experienced so many conversions and miracles and other gifts of the Spirit routinely. I suspect the day state sponsored persecutions ended, and the Roman Empire adopted Christianity as its official religion, was more a victory for Satan than it was for Christ. Persecution scares us, and human nature is to resist and flee its clutches, but nothing seems to move Holy Spirit, and energize the Body of Christ, quite like persecution. Maybe we should see struggle as an opportunity, instead of something to simply survive. While this seems like a shock from a modern, American perspective (where peaceful protests have morphed into outright resistance and civil disobedience), Peter sees obedience to human authority, except to sin, of course, as a way of showing the world that Christians are honorable and our God is worthy of respect. After all, Christianity overcame the Roman Empire, through evangelism and martyrdom, not by the sword. Come to think of it, Jesus overcame the entire world the very same way.

Therefore, why do we fight the changing tide of culture so fervently that we ultimately fall into the mud with those we oppose? Have we forgotten that the world is wicked? If only we could just shape the world into the image of Christ; make it bend to our will, then maybe we could hold off difficult and painful times on the horizon, and create, instead, a world in our own image… oops, I mean in Christ’s image… no, I mean in our vision of Christ’s image, right? See, idolatry is so insidious. But take heart, God is sovereign; a new kingdom of goodness and peace is on the way, but it won’t be created by our hands. In the meantime, persecution is coming, and we should rejoice! Admittedly, the knowledge of the persecution ahead sometimes scares me out of my mind, but Jesus tells us to be at peace, because such things must come to pass. “Jesus answered: ‘Watch out that no one deceives you. For many will come in my name, claiming, ‘I am the Messiah,’ and will deceive many. You will hear of wars and rumors of wars, but see to it that you are not alarmed. Such things must happen, but the end is still to come. Nation will rise against nation, and kingdom against kingdom. There will be famines and earthquakes in various places. All these are the beginning of birth pains”’ (Matthew 24:4-8). False teachers will come and go and lead many astray; some have already come (Acts 20:28-35; Galatians 1:6-9; 2 Peter 2:1-3).

Consider a good word from 1 Peter: “For it is time for judgment to begin with God’s household; and if it begins with us, what will the outcome be for those who do not obey the gospel of God? And, ‘If it is hard for the righteous to be saved, what will become of the ungodly and the sinner?’ So then, those who suffer according to God’s will should commit themselves to their faithful Creator and continue to do good” (4:17-19). Despite all the strife, and all the pain and turmoil to come, I see God doing a great work in our midst. Many will resist and even reject His good work, while others miss His blessing all together, because they have been taken captive by their idolatry and their religion. I praise God for the handful who receive His provision and blessing with thanksgiving, and faithfully accomplish the work for which they have been called. “Taking the five loaves and the two fish and looking up to heaven, he gave thanks and broke them. Then he [Jesus] gave them to the disciples to distribute to the people. They all ate and were satisfied, and the disciples picked up twelve basketfuls of broken pieces that were left over” (Luke 9:16-17). The Lord’s command, “You give them something to eat” is a precursor to the Great Commission, an enduring lesson of the feeding of the five thousand.

To view all posts, click/press the link here to visit the Amazing Tangled Grace main page.