“After Jesus had gone indoors, his disciples asked him privately, ‘Why couldn’t we drive it out?’ He replied, ‘This kind can come out only by prayer’” (Mark 9:28-29). 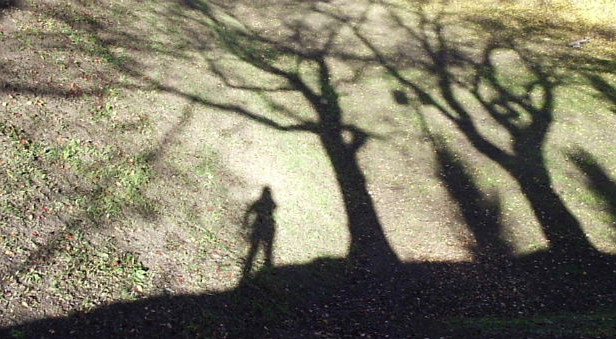 Spiritual oppression isn’t all possessions and exorcisms; oppression is oftentimes a matter of prayer and fasting. “When Jesus saw that a crowd was running to the scene, he rebuked the impure spirit. ‘You deaf and mute spirit,’ he said, ‘I command you, come out of him and never enter him again.’ The spirit shrieked, convulsed him violently and came out. The boy looked so much like a corpse that many said, ‘He’s dead.’ But Jesus took him by the hand and lifted him to his feet, and he stood up. After Jesus had gone indoors, his disciples asked him privately, ‘Why couldn’t we drive it out?’ He replied, ‘This kind can come out only by prayer’” (Mark 9:25-29).

I saw a demonic presence was attached to a man. I perceived the influence to be moving beyond a matter of condition to one more assertive and possessive. The man was growing more irrational and abusive toward his wife. I won’t go into details, but the entity views her as property and in other unflattering, distasteful ways. Its intentions are destructive and was furious with having been revealed. As long as the man choses to remain an unwitting host, the entity will not be budged. His wife has since left the marriage.

I saw a dark heaviness laying on top of a woman. Its intent was to smother her in darkness and crush her spirit. However, I also saw Christ standing by her head. The vision was nearly engulfed in darkness, except for the light illuminating from the Lord. Jesus hasn’t abandoned the woman in her long struggle. The demon came to taunt me, while in prayer later that evening, and I saw its hideous face. I rebuked it from my presence, but its departure from the woman will take much prayer and longsuffering. The stone set against her will break, as she surrenders to the sovereignty of God and falls upon his grace. She is a daughter of the Most High. Darkness shall not prevail.

I walked into a room where there were people gathered buying and selling, and with them, there were crocodiles and other creatures moving among them and within them. Some of the people were even being swallowed head first; that sight still haunts me some. The creatures were physical representations of spiritual manifestations; the conditions and infirmities of the people present. As the Apostle Paul observed, truly, our struggle is not with flesh and blood but with what’s unseen (Ephesians 6:12).

I receive in part and then later in greater part. I blunder; I doubt; I question my own sanity; I do not always understand. With whom do I share such a thing? Who would understand? Who would believe? These visions I receive come in a flash and are most often jumbled and blurry. They’re like looking at a metaphor come to life, or some kind of a recreation of actual events, and they have to be unpacked slowly and carefully for my feeble brain to comprehend. But with God’s grace, I am growing and learning.